Where does one buy oysters? Oysterville, of course.

Oysterville was first settled in 1841 by John Douglas, who married a local Chinook woman.

Established and named in 1854 by I.A. Clark, the town was a hub of oyster farming as the name suggests. 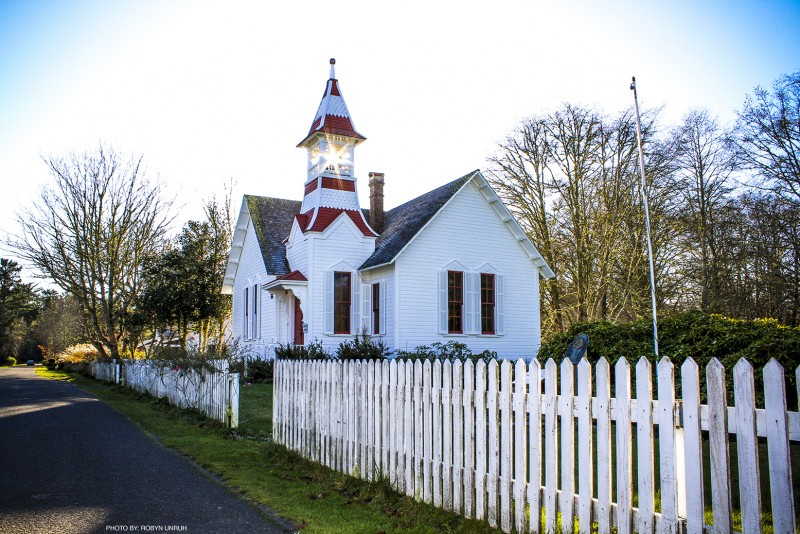 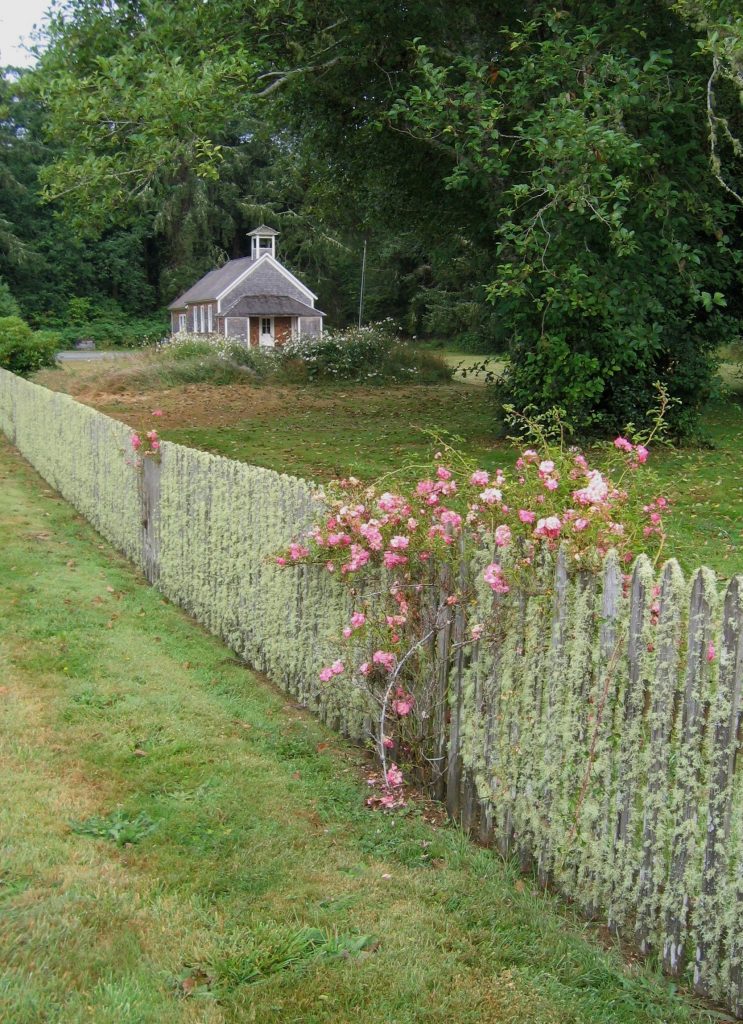 In the mid 1800s, the village of Oysterville began to prosper after Chinook Chief Nahcati introduced the town’s founders, R.H. Espy and I.A. Clark, to oysters. The oyster beds of Willapa Bay were soon responsible for Oysterville’s growing riches, as the town became a major competitor with other oyster companies.

Once the county seat, with a college, two hotels and a weekly newspaper, the town began to decline when, in 1880, the long-awaited Clamshell Railroad ended at Nahcotta and native oysters began to become scarce.

The “South Bend Raiders stole all the county records in the middle of the night” and relocated the county seat to South Bend on February 3, 1893. Truth be told, it had been agreed upon that the seat would be moved to South Bend. There is a sign telling the story of this incident across from the historical Oysterville school.  The Pacific County Courthouse, still in use in South Bend, is a beautiful sight to behold.

While many of the buildings in this once prosperous town have been lost to the sea and the elements, the village has several historic buildings, including the school house and historic homes, many built prior to 1880. The Oysterville Church hosts vespers each summer and many weddings are held here [rental info].

The entire village was placed on the National Register of Historic Districts in 1976.  Enjoy the town’s Walking Tour during your visit.  Not-to-be-missed shops include The Oysterville Store and Oysterville Sea Farms. 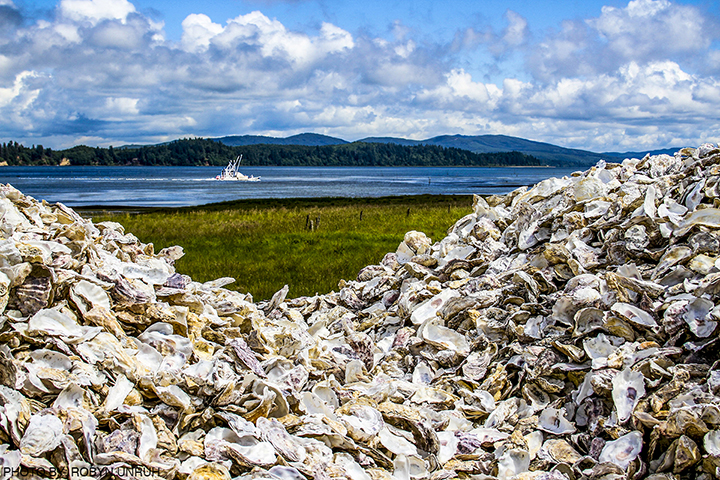